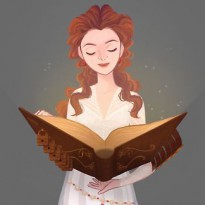 Hi! My name is Kirsten, and I'm a lover of books, writing, and all things geeky. I read mostly fantasy and historical fiction, but I occasionally venture into other genres. 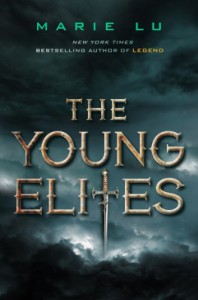 Besides the Harry Potter series, this was my first venture into the Young Adult fantasy genre. I was always apprehensive about reading this genre, because I felt that being an adult, I probably wouldn't be able to relate to younger characters'. However, J.K Rowling's Harry Potter series made me see that if the author could suspend my disbelief well enough, I could actually like the characters and care about what happens to them. But this book...

Yea, this is what I kept saying to myself throughout this book. I really couldn't see what all the good reviews were all about. I was enticed with the description of this book, and I love a good anti-hero character, but this did not deliver for me.

I found the book to be jarring at times,yanking me right out of the story, and found Lu's writing to be filled with unnatural explanations. For example:

" A quarter lap to go. Gemma's horse suddenly pulls ahead in a burst of speed--right into first place. The others try to catch her, but it's too late. She crosses the finish line. The trumpeter flings the yellow silk in the air again, and shrieks fill the air. The Green Quarter is a sea of dancing silks."

"She won" was the writer telling me what she had already described; I could see for myself that Gemma won the race without the writer having to clarify that for me. Give the reader the credit that they can figure things out on their own. I also found some of her descriptions hard to imagine at times:

"Gemma has her head thrown back in a wild laugh, her dark hair streaming out behind her like a curtain."

Yea, maybe it's just me, but when I picture a curtain I see a heavy piece of material hanging on a curtain rod over a window. I don't think that smilie was a good choice.

The characters were somewhat boring, and I found myself not caring about them at all. Raffaele was the most interesting out of all of them, but just barely. And the world building was nonexistent; I didn't get a good idea about this world at all.

So, I'm not giving up on the Young Adult fantasy genre just yet; I still have another one I have to read now that I bought it, but I'm hoping this will not be the norm for this genre. 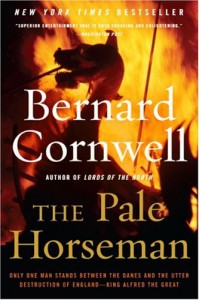 I've always been fascinated with Viking history and this didn't disappoint with giving me just what I was looking for: Viking raids and battles. I found this book to be just as good as the first book in the series, and that so far, no one can write battle scenes better than Bernard Cornwell. The book did drag just a tad at times, but overall, it was a good read. And while I will be taking a break from going on to book three, so that I don't get burned out on the characters, I will be returning to the series later to see if Uthred will get back what belongs to him. 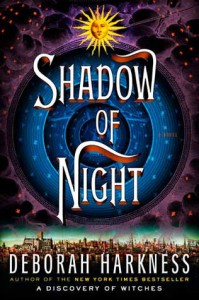 While I loved the historical and scientific aspects of the first book, I found this book really slow and uninteresting. I found Diana and Matthew to be annoying at times, and I'm over the whole "I'm a territorial vampire with anger issues" act that Matthew portrays. Somehow I was able to tolerate it better in the first book, but it was too much for me this time. It's a shame, because I'm a big fan of Elizabethan England and anything Tudor, so I was looking forward to reading this.

A Discovery of Witches 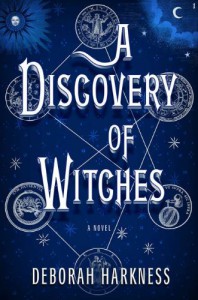 I found this book on one of my many trips to Barnes and Noble and was surprised later to find quite a few negative reviews about it. I almost didn't read it, because of the comparisons to this story being an adult version of Twilight. Well, I'm glad I didn't listen and read it anyway. The geek in me really enjoyed the historical and scientific aspects to the story; I found it both refreshing and fascinating. However, I did roll my eyes a few times at the corniness of some of the dialog, and the repetitiveness of how the characters described how they smelled to each other--is that even necessary? But overall, I did enjoy reading it, and I'm looking forward to reading the next book in the series. 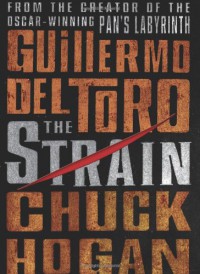 This was a fun read, and it was nice to see vampires brought back to what they were originally: dark, evil and scary creatures. These vampires don't drip with sexuality, and their lashing tongue appendage took a little getting used to, but it was definitely an interesting twist on what is now (in my opinion) the overused vampire character. No sparkly, high school vampires' here. I really enjoyed the suspenseful plot and liked the whole vampirism passed via a virus concept. I'm definitely going on to the next book so that I can see if Setrakian and Eph are successful.
Tweet

A Clash of Kings

This has to be one of the best series I've read so far. George R.R Martin really knows how to grip a reader from beginning to end. I found myself taken on an amazing roller coaster of emotions reading this book. The Starks go through so much, and I've loved being taken along through their triumphs and heartaches with them. I cannot wait to see what I hope will be many victories against all the characters that have made them suffer. Great story, great characters, and an amazingly detailed world. I couldn't recommend this series enough. 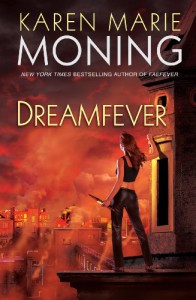 Wow, what an ending! All I can say is that I'm glad Shadowfever is out so that I can continue on in the series, because I would be going crazy right now waiting for the next book. Love this series,and the characters. Only sad thing is, is that Shadowfever is the last in the series; I kinda don't want it to end. 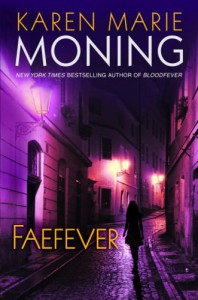 I loved this book! Mac and Barrons relationship is becoming even more complicated, which can become frustrating at some points, but I just can't help but continue on to find out what happens. Most of all, I can't wait to find out just what Barrons is. The suspense is killing me! I'm loving how Mac is evolving in the story more and more from a "Barbie doll" into an ass kicker--especially with Barrons.  I'm hoping in the next book she gets more control over the men in her life and in doing so, removes the control they each try to have on her. I think It's time for Mac 3.0 to come out. Other than that, the story has great mystery, action, and even a few laughs. I'm definitely moving on to the next book. 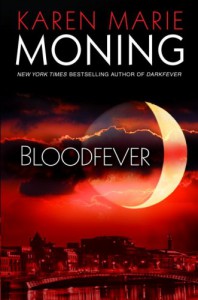 Great book! I enjoyed Bloodfever much more than Darkfever, because in this story I got to see Mac begin to discover her true potential. And the relationship between her and Barrons becomes even more interesting. Now, on to book 3.
Tweet 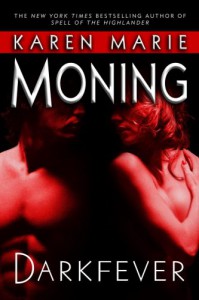 Had a bit of a slow start,but it really picked up in the end. I'm definitely continuing on in the series, and I'm really eager to learn more about Barrons!
Tweet